What LWV PWM is doing

See video of our most recent educational event: an evening with Neal Simon, author of Contract for America: Ten Reforms to Reclaim our Republic, posted on LWVofPWM YouTube.

The LWV Port Washington/Manhasset is actively engaged on Electoral Reform issues. We are looking to work with members who share the belief that we must improve the ways we elect our leaders to build a stronger democracy in the 21st century. Voters who don’t feel heard don’t engage. Engaging voters motivates them to do the work that democracy requires.

We established our Electoral Reform Committee in the spring of 2021. This is an issue area with many opportunities to improve our elections and voting; this committee seeks to be an inclusive umbrella for those seeking specific reforms — both those already supported by League positions and those needing studies because no position yet exists. Here are a few highlights of our first year:

Building a base within our own League

Building a network across NYS

Our Goal: 2023 Convention adoption of a NYS position on Electoral Reform.

If achieving a voting system that better represents the preferences of voters and allows voters to vote their consciences (voting FOR the candidates they prefer) rather than voting strategically (to prevent the candidates they like least from winning), excites you, we would love to work with you.

2022 Goal:  LWV of PWM Adoption of LWV of NYC position

We are building Electoral Reform in NYS on a strong foundation. State and local Leagues around the country have worked on this for years.

RCV is now in use in over 50 jurisdictions in the United States. On Election Day in 2021, 31 states and localities used Ranked Choice Voting to choose their leaders

What about in NYC:

LWVNYC adopted a position in favor of Ranked Choice Voting in 2010. Though it took nearly a decade, in 2019 NYC agreed to run its 2021 primary elections using RCV.

With sponsors from NYC and Buffalo, the NYS Assembly and NYS Senate have both drafted bills supporting the implementation of Ranked Choice Voting in New York State, though these bills have yet to make it out of committee.

Our PWM committee actively monitors these bills, will score them according to the US position, with other NYS Local Leagues and NYS non-profit, non-partisan allies, and regularly report to our PWM Board and membership.

Ranked Choice Voting Through a Diversity, Equity, and Inclusion Lens

Voting systems that better represent the preferences of the entire electorate, encouraging “sincere” voting rather than “strategic voting” — that is, that allow voters to cast ballots for their favored candidate rather than against the candidate they least favor — result in more candidates throwing their hats into the ring and a greater diversity of winners. 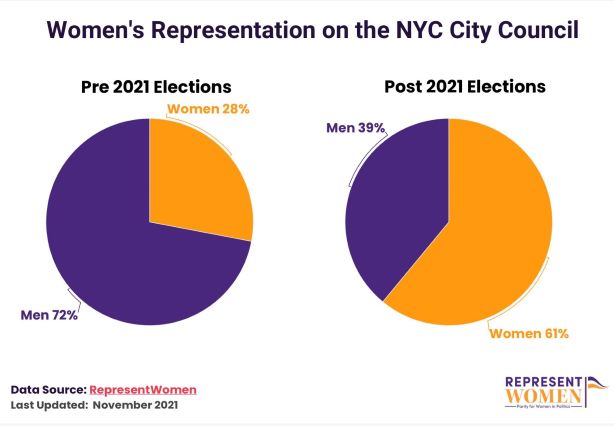 What is Ranked Choice Voting?

Excellent infomation on Election Reform can be found at FairVote
This is a good educational overview video of the history of RCV and how it work
A couple of addtional alternatives to pluarlity voting – Approval Voting and Star Voting
A LWV ally in non-partisan advocacy for RCV in NYS – Ranked Choice NY. The national parent org is Rank The Vote

Ask Us, Join Us

Whether you have a couple hours a month (or much more), whether you know voting reform is something you care about (or you have doubts but want to learn), or whether there is some other aspect of voting reform you want to educate and advocate for — we’d love to hear from you.

Ask Us, Join Us